Today was the final day of the conference.  We got up extra early and took a taxi to the United Nations.  After waiting in line to go through security and waiting in line again to enter into the General Assembly, the girls were finally seated with their committee in one of the most important rooms in the world. 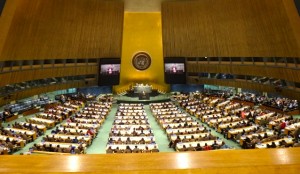 It was interesting to learn that when you enter the grounds of the United Nations, that you are no longer in the United States, but rather on international territory.  The United Nations is so special it even has it’s own postal service!

The resolutions of the various committees were read and voted on.  Both resolutions that Sydney and Olivia contributed to passed and went from becoming draft resolutions to final resolutions! 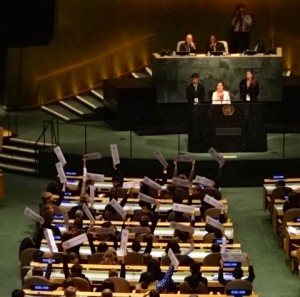 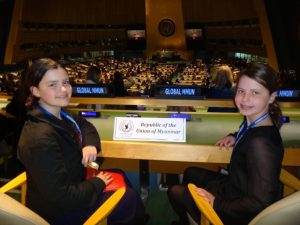 After mailing their classmates a post card through the United Nations Postal Service, we departed the UN (it was snowing!) for the much anticipated trip to Dylan’s Candy Bar.

The girls were in heaven exploring two levels of the three level shop with candy and chocolate from floor to ceiling.  To burn off some energy and get some exercise in before our flight home tonight, we walked over to Central Park and strolled along the pathways.

A trip out to JFK Airport and many hours in and out of sleep later, we landed safely in Vancouver, happily greeted our loved ones, and headed home for a grateful sleep in our own beds!

Katy and I are very proud of both Olivia and Sydney.  They were exceptional representatives of  North Star, Vancouver, and Canada while in New York.  They showed a tremendous amount of responsibility in taking care of their belongings, keeping their hotel room tidy, being prepared and punctual each morning, making healthy food choices, following safety rules on the streets and in the various venues, speaking effectively in their committee, and being respectful and courteous to all of the people we encountered over the week.  Congratulations girls!!!!!! 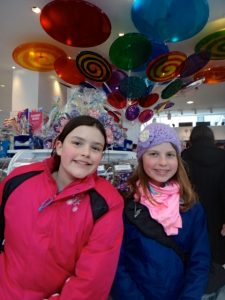 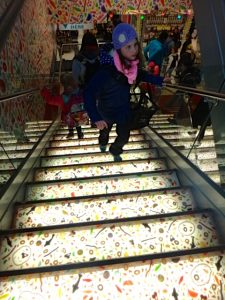 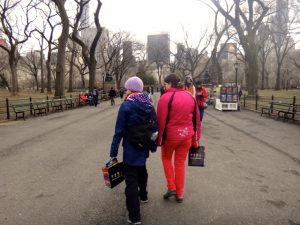