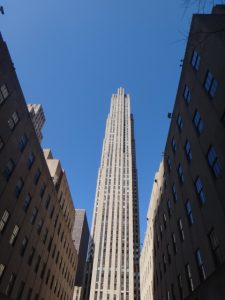 Today we started off the day by visiting the Top of the Rock.  Before going to the viewing area, we read through some information about J.D. Rockefeller and the construction of the entire Rockefeller Center.  We also watched three short films including one about the history of the world famous Christmas Tree.  The tree always comes from the United States, with the exception of one year, when the tree came from Canada. 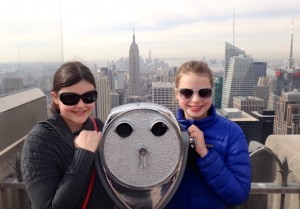 The views were exceptional and the students were able to pick out famous landmarks including the Chrysler Building, Empire State Building, and the new World Trade Center at Ground Zero.  After a brief lunch where we shared a table with an NYPD officer who gave us some tips on where to get some great New York pizza, we stopped into the Lego Store where we found a United Nations Lego set. 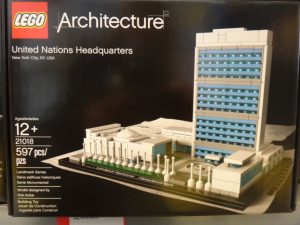 Shortly after this we were back at the hotel to officially register for the Montessori Model United Nations Conference.  Before we knew it, it was time for the Opening Ceremonies and the flag procession.  With their Myanmar flag in hand, the girls marched through the auditorium with 2500 people present.  There were several speakers including one very inspiring man called Bremley Lyngdoh who got his start in empowering others when he was 10 years old.  He is now the Chief Executive of Worldview Impact Foundation and is currently working toward saving the Mangroves in Myanmar!  After the MMUN Delegates simultaneously agreed that they were ready to have their eyes opened, minds expanded, and to be inspired to make a difference, it was official- the conference had begun!

We headed back to up our rooms where the girls practiced their speeches and provided one another with last minute constructive feedback.  Tomorrow is the big day where the Committees meet for the first time and begin to work toward the resolutions to solve the issues put before them. 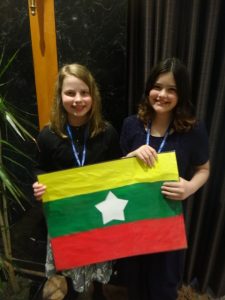 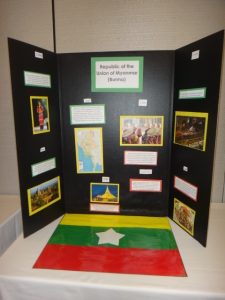