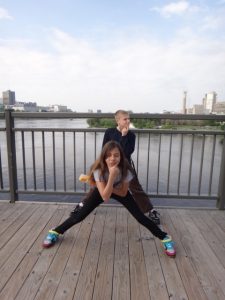 We started out early today, walking over the bridge from Quebec to Ottawa.  We left early making sure that we were at the ticket booth for Parliament Hill tours first thing in the morning.  Although the tickets are free, there are a limited number of them and we heard they go fast.  Much to our surprise (and others) the Chilean President was making a visit to our Nation’s Capital today, and all access to the inside of the building was closed to the public until about 4pm today.  Thankfully, we were able to get tickets for the first tour of the day (7 hours later). 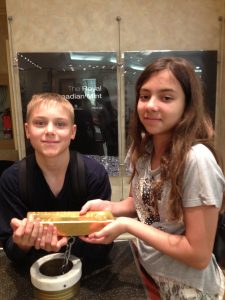 Thank goodness our crew is flexible and after a planning meeting over some delicious pancakes, we flipped our day upside down and decided to start off at the Canadian Mint.  Our tour there wasn’t until noon so we squeaked in finding a geocache before viewing millions and millions of dollars of the purest gold and silver on earth. 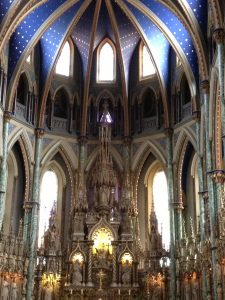 On our way back over to Parliament Hill, we stopped in at the Notre Dame Cathedral and took in the awesomeness of the beautifully ornate church.  We also stopped several times to rest in the shade.  It was very hot and sunny today.  Our tour was quite limited as access to the various areas typically included on a tour were off limits due to security reasons, but we were all very impressed with library.  The House was in session so we also took some time to sit in and observe Government in action.  Unfortunately both at the Mint and in the Parliament buildings, picture taking was restricted.  I am proud to say that both students volunteered to assist our Parliamentary Tour Guide, in explaining what a ‘bill’ has to go through in order to be passed by the House and Senate before becoming law.  I stepped in as Governor General and gave the final ‘nod’. 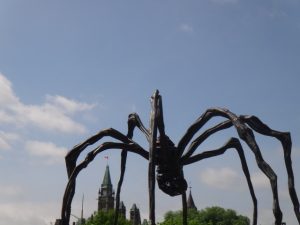 We visited the National Art Gallery as our last sightseeing stop of the day.  Picasso, Monet, Van Gogh…oh, my!